What You May Want To Know About The Alberta Budget 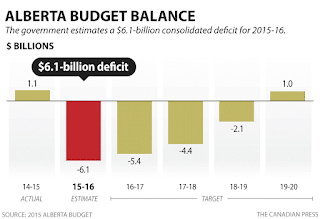 If you had missed the Alberta Budget announcement yesterday, you can read below an overview of 5 ways the budget may affect you.


Click here to read more about the Alberta budget.
Posted by Amy Wilson at 10:28 AM