Canadian home sales rise 3.6 per cent in May over April 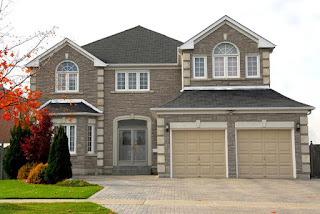 Canadian home sales were up 3.6 per cent in May over April as one of the more unusual and unpredictable spring markets took hold across the country, but transactions were off 2.6 per cent year over year, according to May sales numbers released Monday by the Canadian Real Estate Association.
Prices were up 3.7 per cent year over year with the average Canadian house price at $388,910 in May, up from $375,062 a year earlier.

The month over month increase in home sales was the biggest gain seen in more than two years, according to CREA.

“The increase lifted national activity almost to where it had been just before new mortgage rules came into force last summer, marking the first noteworthy increase in the past nine months,” the national housing association said in a statement Monday.

Virtually every major urban centre, including Toronto where prices hit a record $542,174 in May, up 5.4 per cent from May of 2012, saw an improvement in home sales, says CREA. May and June are typically the biggest months for home sales.

The number of homes listed for sale was up almost 2 per cent.