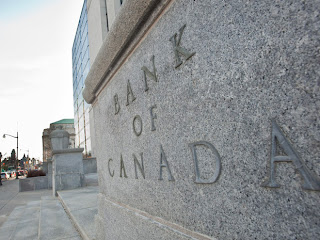 The Bank of Canada today announced that it is maintaining its target for the overnight rate at 1/2 per cent. The Bank Rate is correspondingly 3/4 per cent and the deposit rate is 1/4 per cent.

Growth in the global economy is expected to strengthen gradually from about 3 per cent in 2016 to 3 1/2 per cent in 2017-18, a weaker outlook than the Bank had projected in its January Monetary Policy Report (MPR). After a slow start to 2016, the US economy is expected to regain momentum, but with a lower profile and a composition that is less favourable for Canadian exports. Financial conditions have improved, partly in response to expectations of more accommodative monetary policy in some major economies.

Prices of oil and other commodities are off their earlier lows and slightly above levels assumed by the Bank in January, but remain well below historical averages. Nonetheless, the Bank expects deeper cuts to investment in Canada’s energy sector than were forecast in January. Meanwhile, the Canadian dollar has firmed, reflecting shifting expectations for monetary policy in Canada and the United States, as well as recent increases in commodity prices.

Click here to read more on this decision.
Posted by Amy Wilson at 9:53 AM