Bank of Canada Has Left Rates Unchanged As Loonie Goes Up 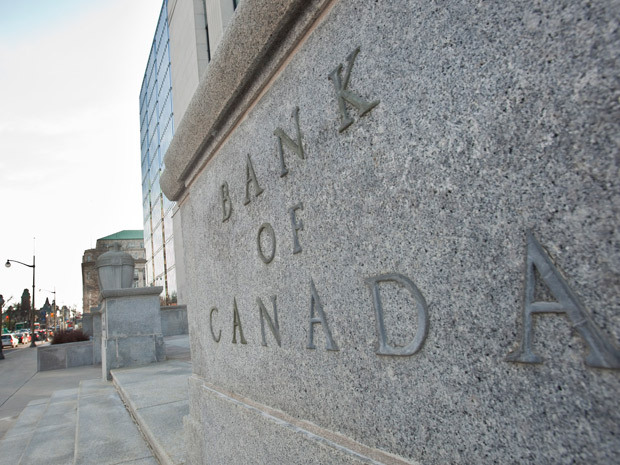 The Canadian dollar was higher Wednesday as the Bank of Canada said it was holding the line on interest rates.The loonie gained 0.33 of a cent to 91.82 cents US as the central bank left its key rate unchanged at one per cent, where it has been since September 2010.

The Bank of Canada said it “remains neutral with respect to the next change to the policy rate: its timing and direction will depend on how new information influences the outlook and assessment of risks.” Markets generally expect the central bank to start upping rates around the middle of next year.

Meanwhile, there was relief on markets after the office of Ukrainian President Petro Poroshenko said Wednesday that he and Russian President Vladimir Putin are in agreement on a cease-fire in eastern Ukraine, the scene of heavy fighting between Ukraine forces and pro-Russian militias.

The brief statement said “mutual understanding was reached regarding the steps that will contribute to the establishment of peace” but gave no details.However, there have been previous statements of agreements on steps for peace, but the conflict has only intensified.Markets also took in data showing how the Ukraine conflict and rising tensions with Russia have affected business sentiment.

The monthly survey from financial information company Markit showed a sharp fall in its gauge of business activity for the 18-country eurozone. Its purchasing managers’ index fell to 52.5 points in August from July’s three-month high of 53.8. Though it remains above the 50 threshold that signals growth, the indicator is at its lowest level this year and below the preliminary estimate of 52.8.

It is a heavy week for economic data in North America with traders particularly focused on the release Friday of the U.S. government’s employment report for August. Economists forecast that the economy created about 220,000 jobs during the month. Investors hope the data will provide further clues about when the U.S. Federal Reserve may start to hike interest rates, likely in mid-2015.

Traders will also consider the Fed’s latest snapshot of the American economy when the central bank releases its regional survey mid-afternoon. Canadian jobs data will also be released Friday. On the commodity markets, October crude gained $1.50 to US$94.38 a barrel after tumbling $3 on Tuesday. December bullion added 80 cents to US$1,268.10 an ounce, while December copper declined two cents to US$3.14 a pound. (Source: GlobeandMail)