Canada’s housing market: The one that no one can predict 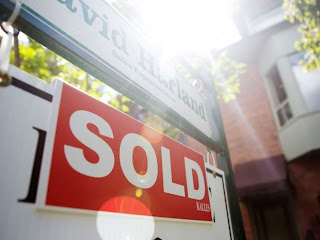 Another month of housing data is guaranteed to produce one thing: more arguments about where the market is going.

Statistics from the Ottawa-based Canadian Real Estate Association show actual July sales were up 9.4% from a year ago while average sale price nationwide rose 8.4% to $382,373 during the same period.

Given the housing market seemed to be sliding just a few months ago, the question is where is it headed next? At stake is further federal government intervention, something Ottawa seemed to do this month as Canada Mortgage and Housing Corp. tightened some mortgage lending rules.

On one side of the divide you’ve got the real estate community with people like Phil Soper, chief executive of Royal LePage Real Estate Services, saying improved results for sales and prices in July are not all that dramatic by historical standards.

Their opponents are the housing naysayers like David Madani of Capital Economics who has been calling for a housing pullback since February 2011 and portrays the recent bump in sales as a last gasp before the market cools for the rest of 2013.

Mr. Soper said people have been predicting the market was going to fall going back to 2008. “It is as believable as the prediction from Capital Economics that home prices are going to fall by 25%. They just keep rolling out the same forecast year after year,” he said. “They try desperately to come up with a new reason [for the market to fail] — and now it’s because interest rates are going up.”

Click here to read more about the Canadian Housing Market ...
Posted by Amy Wilson at 11:33 AM