Canadians Are Paying Off Mortgages Quickly 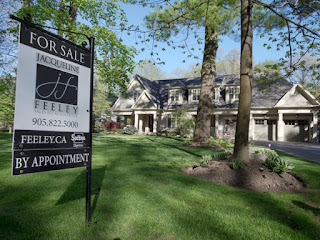 Garry Marr | 13/05/22 | Last Updated: 13/05/22 6:53 PM ET - Canadians end up paying off their mortgages in about two-thirds of the time originally intended, according to a new survey which questions whether Ottawa’s crackdown on the real estate market is needed.

The Canadian Association of Accredited Mortgage Professionals predicts Toronto faces an especially big slowdown, with construction to drop off more than 50%

A report by the Canadian Association of Accredited Mortgage Professionals released Wednesday paints us as a very conservative lot not in need of increased government regulation.
The group notes of the mortgages paid off in 2010-2013, the original amortization length was on average 17.9 years but ended up with an actual amortization length of 11.7 years.

Despite the fact Canadians pay off their mortgages quickly, the federal government has continually cracked down on amortization of insured mortgages it backs. The length of amortizations — a longer amortization lowers monthly payments and allows consumers to qualify for larger mortgages at the expense of paying more interest — has been dropped from a high of 40 years to the present 25 years.